Attention marketers: The Era of Vertical Videos is here!

The best brands observe trends and act accordingly. This is why apps like Buzzsumo have become very popular in recent years. If you know where the market is moving towards, you have a major advantage.

So where is consumer attention now?

The television is turning into a dodo each year. The smartphone is undoubtedly killing it. There will be a whopping 3 billion smartphone users by the end of 2020. This is why digital advertising is going to overtake TV advertising this year.

The most popular way to make some noise on the internet now is undoubtedly video. More than 80% of web traffic will be video traffic by 2019. This is because ideas conveyed through videos are easily digestible and memorable compared to any other format.

So what’s the rising trend? Video content optimized for mobile! For engaging your audience, you need to connect to them in a way they prefer. Every professional website today is mobile optimized. So why not optimize videos as well?

Vertical video syndrome hit the web when the smartphone suddenly empowered billions of people with an inbuilt camcorder. But unlike other devices, the smartphone was designed to be held vertically. People held it vertically when they were messaging and calling. So they naturally did the same while shooting videos.

Things weren’t so bad until it was uploaded on youtube:

Notice the ugly black bars? It’s a bit annoying. But for some people, it was more than annoying. The internet turned into a hostile place for vertical videos. 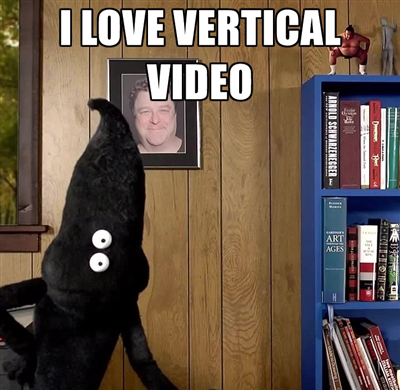 This meme is based on a video that went viral during that period. It portrayed the sentiments of a new cult of vertical video haters. It has around 7 million views till date:

But is there anything inherently wrong with vertical videos?

Not really. Vertical Videos are just like any other format. People hated them because it didn’t fit in! Vertical videos were viewed on a horizontal Youtube player inside a horizontal computer screen. You’ve heard of the saying “like a fish out of water”? Well, this was like a fish in outer space!

Snapchat probably led the vertical video wave. Its amazing success boils down to a deep understanding of consumer behavior and empowerment.

Before Snapchat, Youtube was the go-to-channel to share your videos. Though most Youtubers are not professionals, they do use fancy editing, good equipment and hip settings to get things done. Snapchat was a radical shift because it empowered normal people to become video creators. All you needed was the front cam of your mobile device. The fun tools inside Snapchat would do the rest of the magic! 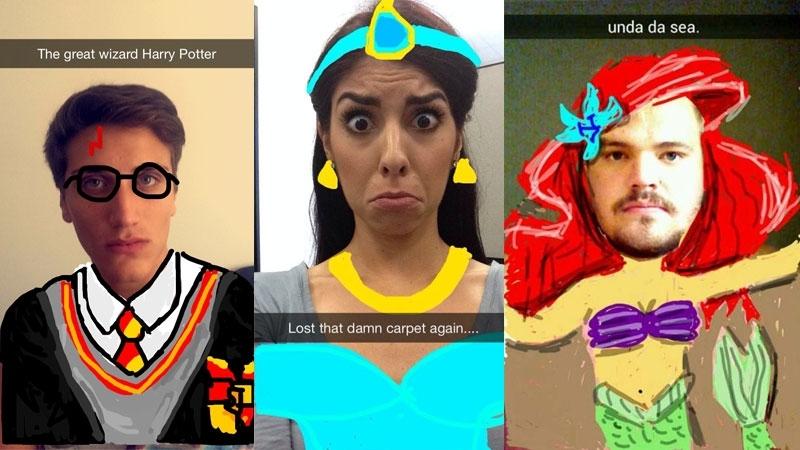 So why did Snapchat go for vertical videos instead of horizontal? Because it’s the easiest way to record! And the output looks perfect in a vertical device. 10 billion vertical videos are seen each day in Snapchat. Boy, did they get it right?

Social Media giants wake up to it

The biggest social networking site in the world incorporated vertical video into users’ news feed August last year. Facebook believes that this change would benefit advertisers and publishers as it gives users a more immersive experience.

During testing, they were able to find that Facebook users spend more time watching vertical videos than videos in any other format. This shows that customer habits are increasingly moving towards mobile friendly formats. So if your ads are not vertically oriented, you risk the possibility of being ignored by a majority of the users.

It’s not just Facebook that realized the alarming shift towards vertical videos. Vertical videos in Youtube fills up the whole screen when played in mobile. That’s right, no more black bars!

Even Instagram has recently launched IGTV, thus, formally declaring the advent of the Vertical Video Era.

Do you think the biggest social media platforms would favor vertical videos without good reason? These are platforms that are constantly analyzing how billions of users are consuming information!

It is stupid to argue that one format is better than the other without understanding the context. Vertical videos have its advantages.

Anything that has to be recorded from top to bottom - like a product demo or an architectural marvel look much better in vertical video.